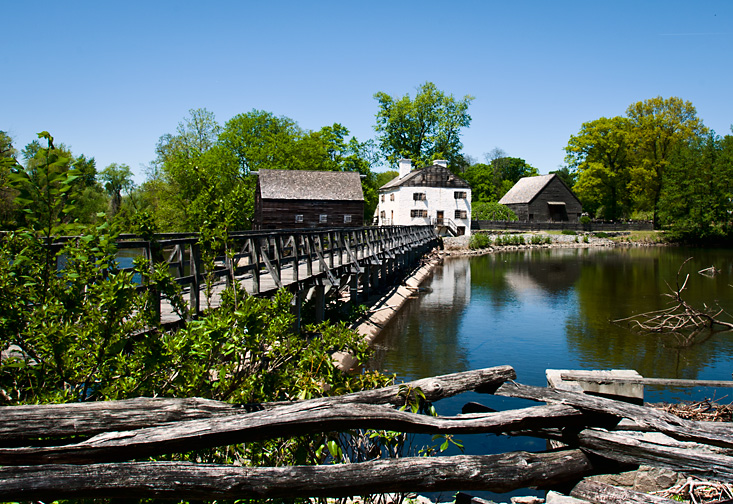 Westchester County is located in the U.S. state of New York. It is the second-most populous county on the mainland of New York, after the Bronx, and the most populous county in the state north of New York City. According to the 2010 U.S. census, the county had a population of 949,113, estimated to have increased to 967,506 by 2019. Situated in the Hudson Valley, Westchester covers an area of 450 square miles (1,200 km2), consisting of six cities, 19 towns, and 23 villages. Established in 1683, Westchester was named after the city of Chester, England. The county seat is the city of White Plains, while the most populous municipality in the county is the city of Yonkers, with an estimated 199,663 residents in 2018.

The annual per capita income for Westchester was $67,813 in 2011. The 2011 median household income of $77,006 was the fifth highest in New York (after Nassau, Putnam, Suffolk, and Rockland counties) and the 47th highest in the United States. By 2014, the county's median household income had risen to $83,422. Westchester County ranks second in the state after New York County for median income per person, with a higher concentration of incomes in smaller households. Simultaneously, Westchester County had the highest property taxes of any county in the United States in 2013.

Westchester County is one of the centrally located counties within the New York metropolitan area. The county is positioned with New York City, plus Nassau and Suffolk counties (on Long Island, across Long Island Sound), to its south; Putnam County to its north; Fairfield County, Connecticut to its east; and Rockland County and Bergen County, New Jersey across the Hudson River to the west. Westchester was the first suburban area of its scale in the world to develop, due mostly to the upper-middle-class development of entire communities in the late 19th century and the subsequent rapid population growth. Because of Westchester's numerous road and mass transit connections to New York City, as well as its shared border with the Bronx, the 20th and 21st centuries have seen much of the county, particularly the southern portion, become nearly as densely developed as New York City itself.